The Maker Pen Community is not an organized user group but rather a group of Rec Room players who enjoy using the Maker Pen. These players are often referred to as "creators." See Featured Rooms for some of the best rooms that players have created.

There are a couple of discord servers to discuss creating with the maker pen and organize events:

Creator's Spotlight was a series of YouTube videos hosted by Mamamonkey that featured interviews with creators. Currently, no new episodes are being published.

Here is a small sample of early Maker Pen creations by players from 2017 and early 2018. Note that the maker pen was lacking a lot of its current features and saving creations was only added in late 2017. 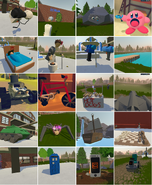 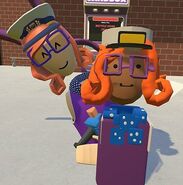